On Tuesday, December 15th, Hueytown Intermediate held its annual spelling bee. There were 30 participants from the 4th and 5th grade classes. Competition went into numerous rounds, with 5th grader Madison Gonsoulin ultimately named the winner. She will go on to compete in the county spelling bee which will be held in January of 2021. 4th grader Adalyn Martin was named 1st Runner Up and 5th grader Seth Speegle was named 2nd Runner Up. The top three winners all received a trophy and every participant received a certificate of participation. 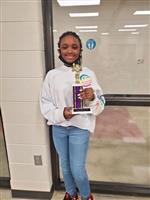 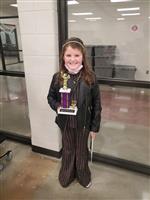 HIS 1st Runner Up, Adalyn Martin 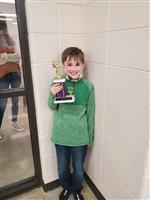 HIS 2nd Runner Up, Seth Speegle