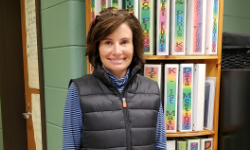 I am excited to be your Principal this school year. Prior to coming to FES,  I was the principal at Adamsville Elementary School, the Assistant Principal at Chalkville Elementary School, the Administrative Director at Mitchell's Place, the Preschool Special Education Director for Mountain Brook City Schools and a special education teacher in the Mountain Brook City Schools.   I have been in education for the past 22 years.  I am also a mother and a wife.  I have a 21-year-old son and 15-year-old twin step-daughters.

When you get, you give. When you learn, you teach.
- Maya Angelou

Tell me and I forget. Teach me and I remember. Involve me and I learn.
- Benjamin Franklin